Thursday afternoon the McDonald's All-American Game announced its 2020 boys and girls rosters. For the boys, forward Greg Brown III from Austin Vandegrift was named to the team. Brown is rated as the consensus No. 1 boys basketball player in the state. On the girls' side, Baylor-bound forward Hannah Gusters from Irving MacArthur and North Carolina signee Deja Kelly from Duncanville were named to the team. Gusters is widely considered the No. 2 prospect in the state with Kelly seen as the No. 3. Sarah Andrews, Gusters' teammate and the top girls basketball prospect in the state, is currently missing extended time with a strained ACL.

Arlington native Cade Cunningham was also named to the roster. The Oklahoma State commit transferred to Mont Verde Academy in Florida prior to his junior season. 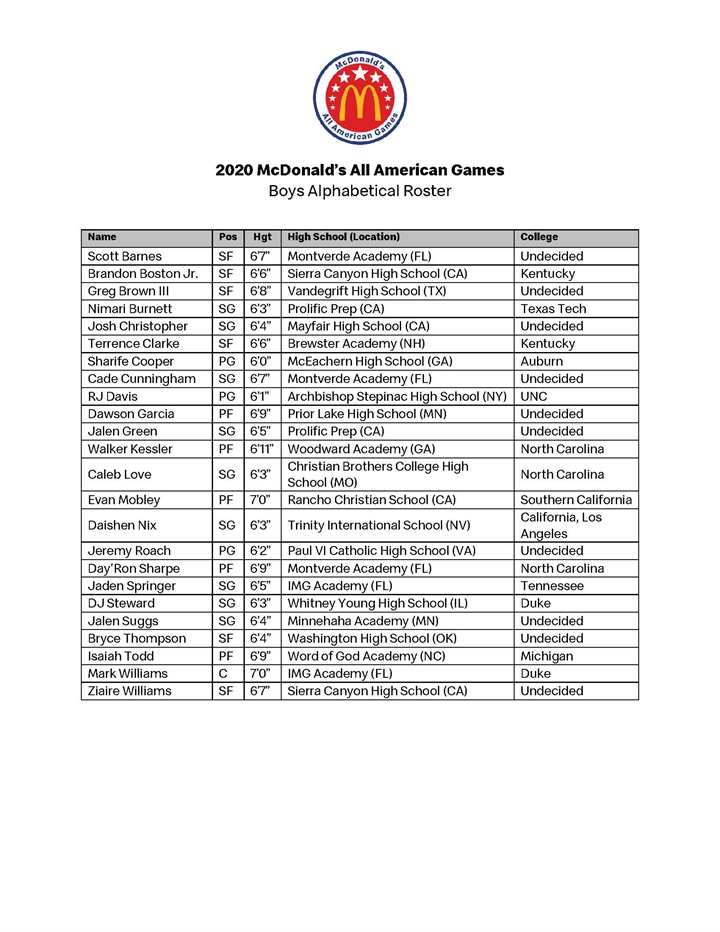